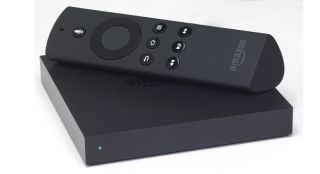 Not content with recently releasing the Fire TV Stick, Amazon also quietly announced a new update for the Fire TV box. Due to arrive in the coming weeks, the update will bring USB storage, but only for use with downloaded apps and games, not for media playback.

The update will also bring support for Bluetooth audio devices, such as headphones, and "captive portal support", meaning users will be able to connect to Internet networks with a sign-in page, such as hotel wi-fi networks. The Fire TV Stick also has this feature.

Tidal appears to be on a mission to make itself available on every music system going. The latest system to get the Tidal treatment is London-based multi-room audio brand, Lode Audio, and its LA4 system.

The Lode system works on its own patented LodeNet network, which aims to minimise interference and streaming delays. It can be controlled via a smartphone, tablet or even AMX or Creston multi-room control systems.

You can read about Lode Audio multi-room systems here.

Channel 4 has announced its new All 4 streaming service will launch on Monday 30th March for PC, iPads and iPhones.

The new service will bring together all of Channel 4’s linear channels, digital content and online services, including mobile live streaming.

Three experiences will be available: On Demand, for archived programmes including box sets; Now, for live broadcasts; and On Soon, for previews and promos of upcoming shows. Content will also be made available to download.

The All 4 service will rollout to other digital platforms, as well as Android, later in 2015.

Sony has announced a new 2.50 update for the PlayStation 4 that brings a wealth of new features.

One of the most notable new features is the suspend/resume feature. Said to work with “nearly all PS4 games”, it will allow gamers to leave a game, and then go back to where they left off at the press of the PS button.

The social capabilities have also been improved, with users now able to search for friends through Facebook.

The update is available to download now, a full list of update features can be found here.

If you thought your record collection was impressive, it’s likely to be nothing compared with Brazilian businessman Zero Freitas’s five million records.

And he has big plans for his collection, wanting to create an online database so people can listen to it. "The relationship people have with certain songs is subjective and personal," Freitas says. "I want to share this with people and make it possible for them to recall their memories.”

Freitas has amassed his collection buy hiring scouts to work in several countries around the world, buying records in bulk and sending them back to Brazil in shipping containers.

You can watch a BBC interview with Zero here.