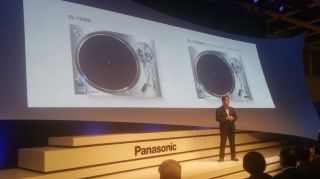 However, one year on from the announcement that a new Technics turntable was coming, the company did confirm the SL-1200G model would go on sale this month (September).

Technics merrily reiterated that the limited edition SL-1200GAE had completely sold out, so the company was now ready to release the ‘standard’ SL-1200G model.

The Technics SL-1200G will cost £2799 and is nigh-on identical to the limited edition model, barring a few design tweaks to the platter and tonearm - and the small matter that there will be more than 1200 available.