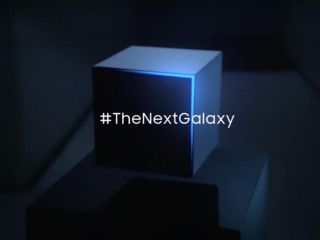 The event, which comes with the hashtag #TheNextGalaxy, will take place on Sunday 21st February in Barcelona, a day before Mobile World Congress officially gets under way. As is becoming typical, Samsung will likely unveil its next flagship mobile, likely to be the Galaxy S7.

The blink-and-you'll-miss-it video teaser that accompanies the invite shows a man wearing a Samsung Gear VR virtual reality headset reaching for a spinning cube, the edge of which is lit to look like the number seven. A none-too-subtle hint, though it likely means we can expect to hear more about Samsung's VR plans.

The Galaxy S6 was one of our favourite phones of 2015, marking a return to form for Samsung after the somewhat disappointing S5. The S6 narrowly missed out on the best smartphone under 5.5in at the 2015 Awards. It's not clear whether we'll also see an S7 Edge to succeed the Galaxy S6 Edge and Edge Plus.

The new S7 is expected to come with the same screen and design as the S6, but could reintroduce a microSD card slot, after Samsung removed it from the S6. The processor should be upgraded for a super-smooth performance, with fingers pointing to the Snapdragon 820 and Exynos M1.

Interestingly, the camera could take a drop from 16MP to 12MP, while Samsung is also rumoured to be working on its own pressure sensitive screen, similar to Apple’s 3D Touch on the iPhone 6S and 6S Plus.

We'll be reporting live from MWC, so expect news and hands-on reviews on best new phones and tablets.