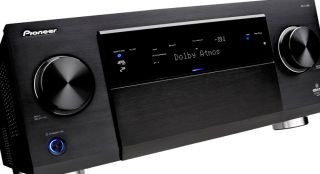 Pioneer's home entertainment group has entered the next phase of its development with the news that it has formally become a subsidiary of Onkyo.

The move was outlined last year when Pioneer agreed to sell its AV business to Onkyo and the two companies announced they would join forces to integrate their AV divisions.

Gibson has been buying up well-known audio brands, forming an alliance with Onkyo back in 2012 and subsequently buying TEAC and Woox Innovations, previously the AV division of Philips.

It's an increasing sign of the competitiveness in the audio-visual industry, leading to companies merging and pooling resources, such as product development, marketing, sales and technical expertise, across multiple brands.

According to Twice, all staff from Pioneer Electronics USA have been transferred to the new Pioneer Home Entertainment (PHE) subsidiary. PHE includes Pioneer's home cinema amplifiers, Blu-ray players and other AV products, but not its DJ or in-car audio products.

"The transferred personnel remain at Pioneer USA's facilities in Long Beach, California for now but will eventually be transferred to a new facility in southern California," says Russ Johnston, EVP corporate communications for Pioneer Electronics USA.

By sharing back office functions the two companies hope to cut costs and "capitalise on the resources of the two companies such as strong brand power and superior technologies". It is expected that the two brands will continue to trade under their own names, in a similar way to Denon and Marantz (owned by D&M Holdings).