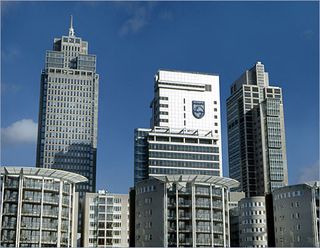 Philips has announced this afternoon that it is terminating the agreement it had with Funai to sell its audio, video, multimedia and accessories business to the Japanese firm.

In an unexpected move, Philips says it is taking legal action to recover damages caused by a breach of contract by Funai.

"We regret we have to take this action, but we do so to protect our business and the interests of all our stakeholders," says Philips CEO Frans van Houten.

"Philips will proceed to investigate other opportunities for the audio, video, multimedia and accessories business, while continuing to run this business within Philips operating with a significantly lower cost structure, as a standalone entity called WOOX Innovations."

However, during the final preparation phase, Funai refused to take the necessary steps to enable completion of the deal and the transfer of the business. "As a result, Philips will start arbitration proceedings in the International Court of Arbitration (ICC) and will terminate the agreement signed in January," it says in today's statement.

WOOX Innovations will be a standalone company within Philips, with its HQ in Hong Kong and 2000 employees worldwide. Today's announcement does not affect Philips's existing agreements with Funai in North America and Mexico.

Philips has already given up control of its TV division which is now part of a joint venture with Chinese company TP Vision.

Several Philips products won Best Buys in our 2013 Awards, including a Product of the Year trophy for the HTL9100 soundbar (above).