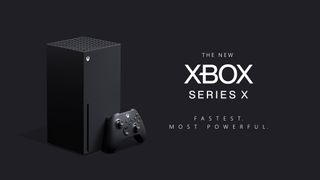 We all know the Xbox Series X, Microsoft's all-singing, all-dancing, next-gen, 8K games console is definitely arriving 26th November 2020, but it looks like a second console could be showcased as soon as May.

According to Windows Central, the console, code-named Xbox Lockhart, is rumoured to be a more affordable version of the Xbox Series X and is now being tested at the homes of Xbox employees ahead of a potential May reveal.

Of course, a lower price means less power, so it's going to be missing some of the firepower sported by big brother. One of the sacrifices will be Xbox Lockhart's processing power – according to Windows Central, the console will only be packing a four teraflop (TF) GPU compared to the Xbox Series X's full-fat 12 teraflops. Rumour has it the 4K Blu-ray drive will be sacrificed too, so you can think of Xbox Lockhart as a disc-less, next-gen replacement for the Xbox One S.

Windows Central is also reporting that we could see a replacement for the Xbox Stereo Headset, which launched way back in 2014. At the time it was an entry-level gaming headset, so Xbox could follow the same formula, or opt for something more premium, like the Sony PlayStation Platinum Wireless Headset.

Finally, a logo for the new Xbox Series X has been discovered by users on Reddit in an online trademark filing by Microsoft. It's not exactly what you'd call a grand reveal, especially given Sony revealed the PS5 logo at its main press conference at CES 2020 back in January. But, we all know the Xbox Series X vs PS5 battle won't be settled by logo design – we're much more interested in how the two machines stack up as 4K Blu-ray players, media streamers and, of course, games consoles.