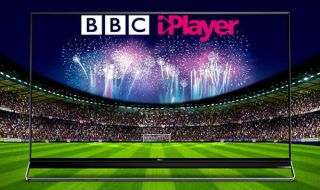 The BBC iPlayer catch-up on-demand platform hit record numbers in May as viewing requests reached 570 million – up from its previous biggest month on record, which was April 2020.

These record figures are no doubt largely due to the time we've all been spending at home in recent months due to the lockdown measures, but, credit where credit's due, the Beeb broadcast some first-rate and hugely popular TV series in that time.

Normal People and Killing Eve topped the chart, while other strong performers in May included the latest series of The A Word, the one-off special Antiviral Wipe by Charlie Brooker and, unsurprisingly, the live BBC News coverage of the Prime Minister's daily briefings.

The platform would have no doubt looked good to continue its run of form in June had the Euro 2020 tournament and the first days of Wimbledon 2020 gone ahead as planned. But with plenty of people spending more time at home than usual, it could be another bumper month for iPlayer.

As well as new programmes, BBC iPlayer has also added a number of archive box sets, including Doctor Foster, Strike, Dracula and Taboo, as well as new box sets including The First Team, What We Do in the Shadows, The Other One and Mayans M.C. There is also a new catalogue of 23 classic films from RKO Pictures. Enjoy...

BBC 4K iPlayer: everything we know about UHD on the BBC