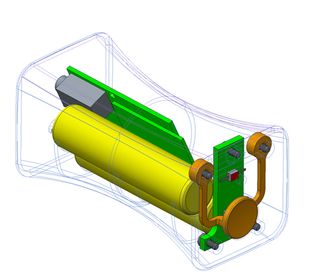 It's becoming more and more common for people to go wireless with their music, even if they're not on the move – but that doesn't necessarily mean having to ditch your existing wired speakers.

California-based Vibe Audio Innovations has unveiled the Link – a new portable device that it says has been designed to transform "any wired speaker into a wireless Bluetooth speaker system".

A Kickstarter fundraising campaign has now started to make it a reality, with a limited number being offered in exchange for a pledge of $30 – a saving of $20 – plus $10 for international shipping.

The Link is a rechargeable device with up to 25 hours of battery life that connects via Bluetooth to a range of compatible devices, while plugging into your existing audio system's auxiliary output.

Final specs are to be confirmed but are described as "accurate estimates". The Link will have a 50ft range, which means you should be able to use it freely around the home for any type of set-up.

Vibe Audio Innovations says it'll work with your desktop speakers, your home theatre system or any other wired systems should you want to "eliminate all wires in your music listening experience".

The Kickstarter campaign comes to a close on July 4th and is hoping to raise $50,000, a figure that's described as a "conservative" target and ensure the device can be refined before being made.

It's the latest AV innovation to arrive on Kickstarter, following other successful campaigns including a portable high-res player from PonoMusic and the new Geek Out digital-to-analogue converter.