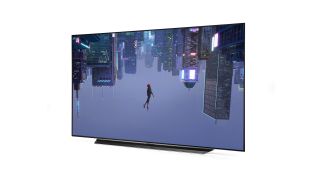 Remember when your parents said, "If you watch one more TV show, your eyes will go square"? Well, it's not true. And it's definitely not true of LG's OLED TV panels – and now there's proof.

Most LCD TVs use LEDs, too, but usually the brightness levels are regulated by PWM (pulse width modulation) – aka, flicker. As reported by TV, gaming and media publication FlatpanelsHD, TÜV Rheinland found that LG Display's OLED panels passed its tests for flicker, while further tests have found the panels to be almost flicker-free.

It's worth pointing out that Samsung gained the same certification from TÜV Rheinland for its mobile OLED displays earlier in the year. Samsung's OLED smartphone screens were said to emit 61 per cent less blue light than conventional LCD smartphone displays. Samsung has said that these advancements will be brought to mid-size OLED panels in the future.

TÜV Rheinland said OLED TVs, "met every testing criteria including in the high colour range and High Dynamic Range categories. The company scored 0.87% in the light reflection category, which is half of that of LCD panels".

LG Display's OLED TV panels are used in all OLED TVs, which include LG, Sony, Hisense, Panasonic and Philips. And LG Display has said it will be encouraging its partners to use TÜV's certification mark.

Excessive levels of blue light have long been linked to health problems such as eye damage, vision loss and insomnia, so it's important to do some screen research before settling down to binge-watch another series of Line of Duty. And it's a great excuse to buy a new OLED TV...