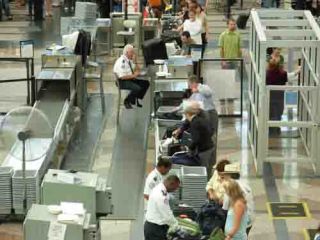 If you're planning on flying to the US from Heathrow or Manchester any time soon, then make sure any electronic devices you take on board with you are charged and can power on.

The BBC reports that a new statement from the US Department of Homeland Security demands that "certain overseas airports" must enhance security measures. The UK Government has responded by saying: "...if a device doesn't switch on, you won't be allowed to bring it on the aircraft".

For passengers unable to power on their devices, there will be a number of options available. The first is rather drastic – you'll have to rebook your flight after you've charged your device. Alternatively, you will be able to access chargers from your hold luggage to charge your device while waiting for your flight.

Customers will also have the choice of putting powerless devices into their hold luggage and be without them for the duration of the flight, which may well be the simplest solution, though perhaps not the most convenient should you have been planning to use it for watching films or listening to music.

As a final resort, says the Beeb, passengers can make use of the MailandFly service, which will send the device separately or store it at a warehouse for up to 42 days.

The new rules also apply to some products purchased in airport duty-free stores, which threatens to be even more inconvenient. Customers will be required to unpack their new tech and make sure it has some battery power before boarding a flight.

British Airways has warned that even travellers using London as a transfer point must have power in their devices. The Department for Transport has yet to say whether any other UK airports will be affected by the move.

Authorities aren't providing a specific list of devices affected, however mobile phones will likely feature at the top, followed by tablets and MP3 players. Other affected devices will likely include cameras and electric shavers as the UK's hand luggage rules already single these out.

There's no official word on why security is being tightened, with the BBC reporting that American officials have not linked the security changes to any specific intelligence.