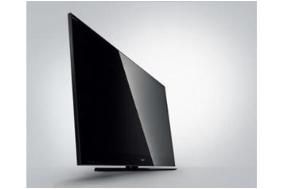 Sony's Bravia KDL-HX903 model will be available in sizes from 46in to 60in, but the first one to be offered is the 52in version. It's priced at £2500, but needs active shutter 3D glasses and a 3D transmitter for full 3D functionality, which are being sold separately.

You can see a full breakdown of the 2010 Sony range in our special blog.