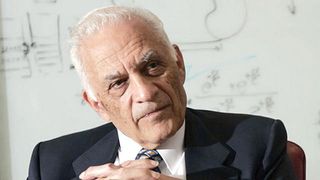 Dr Amar Bose, founder of the company that bears his name, has died at the age of 83.

Bose also found success in the automotive market, with its audio systems being fitted to cars manufactured by the likes of Alfa Romeo, Audi, Cadillac, Nissan, Porsche and Renault.

Perhaps best known for the developing the popular Bose Wave Radio, Dr Bose trained as an electrical engineer at the Massachusetts Institute of Technology, and served as a professor on the MIT faculty for 45 years. In 2011 he donated a majority of his company’s shares to the school.

In a 2004 interview in Popular Science magazine, he said: “I would have been fired a hundred times at a company run by MBAs. But I never went into business to make money. I went into business so that I could do interesting things that hadn’t been done before.”

Nevertheless, Bose grew into one of the largest audio brands in the world with its revenues in 2011 reportedly reaching $2.8 billion.