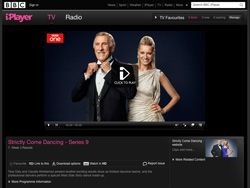 The total number of requests was slightly down on the August total of 155m, and the 2011 high of 162m seen in January.

Doctor Who, Outnumbered and Torchwood dominated the TV requests, while The Chris Moyles Show, The News Quiz and Fearne Cotton were the most popular radio shows.

The number of people accessing iPlayer using a tablet continued to increase, albeit still representing just 3% of the total requests.

The number of individual users meanwhile averaged at 1.7m per day, with 1.3m watching only TV content, 400,000 only listening to radio and just 30,000 using both.