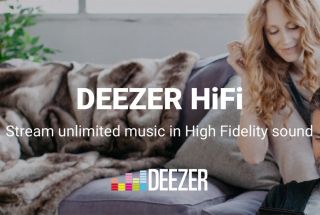 Deezer Elite had been limited to Sonos but now the new-look streaming service is coming to Google Cast wireless products and other partners.

Speaker manufacturers name-checked by Deezer include AudioPro, Bang & Olufsen, Devialet, Onkyo, Pioneer, Samsung, Sony and Yamaha, so expect to see Deezer HiFi support coming to those brands' speakers, either via Google Cast or direct integration, in the coming weeks.

Deezer HiFi remains priced at £19.99 per month and grants users access to a library of FLAC files at 1,411 kbps.

The service sits alongside Tidal and Qobuz in offering both lossless and hi-res audio streams. Neither Apple Music or Spotify has yet to make the leap to lossless-quality audio, though rumours suggest Spotify HiFi could be in the pipeline.