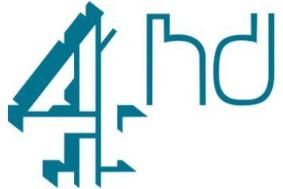 Freesat has confirmed that C4HD will go live today on the subscription-free satellite TV service.

It was originally due to have started broadcasting on April 1st, but was delayed due to "contractual issues between Channel 4 and Sky".

These have now been resolved, and Freesat says on its website that C4HD will be available on channel 126 following an automatic update on your Freesat receiver or TV.

Freesat also confirmed last month that NHK World HD will be launching on the platform in May, bringing the total number of HD channels on Freesat to five.

Freesat currently offers over 150 TV, radio and interactive channels, alongside access to the BBC iPlayer. ITV Player is due to launch imminently, too.

Freesat Managing Director Emma Scott said: “This is fantastic news for Freesat. The addition of a fourth HD channel makes Freesat an even more attractive offer for viewers looking for quality TV without monthly bills.”