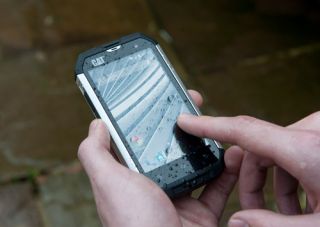 For those of us who have ever experienced it, dropping a smartphone into water or onto concrete can often mean the end of its functioning life and having to fork out for a replacement.

But the B15Q rugged smartphone has just been unveiled by Cat and it's fair to say this handset is more than capable of standing up to the trials and tribulations of modern mobile life.

It's the first rugged smartphone to launch worldwide that supports for the latest version of Android – KitKat – and under the cover it houses a 1.3Ghz quad-core Media Tek processor.

Other B15Q features include Waves Audio for "high class audio performance"; Bluetooth 4.0; and an LED flash added to the 5MP camera that's capable of recording HD videos too.

But what we haven't told you yet is that it's built to last. Drop the B15Q from 1.8m onto concrete or submerge it in 1m of water for 30 minutes and the handset will continue to function.

Or you could take it to some of the coldest and hottest places on earth and it'll still work, providing you can withstand temperatures lows of -25 or highs of 55 degrees celsius yourself!

How's that for durable? If you're interested, the B15Q is now on sale from a range of UK sellers including Amazon at a recommended retail price of £300 – although we've seen it for less than £230 if you hurry.