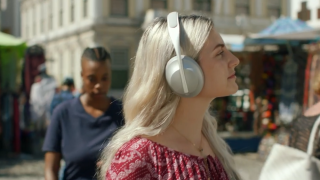 It’s been almost an entire year we reviewed the Bose 700 wireless noise-cancelling headphones, and since then we’ve reported on two reductions in price that addressed one of our criticisms in that review. Now Bose has released a ‘bundle pack’ (featuring the new Eclipse colour, exclusive to the bundle) that addresses one of our other gripes: battery life.

The battery life of the Bose 700s is still around 20 hours – compared to the 30 hours offered by Sony’s award-winning WH-1000XM3s – but this new ‘bundle pack’ at least partly addresses that by including a charging case with the 700s that can provide up to 40 additional hours of on-the-go charge.

The bundle pack comes at an added cost though – Bose has upped the price by £50 ($50, AU$80)  – but considering that the charging case sells as a separate item for £70 ($80, AU$120) for those who already own a pair of 700s, the bundle represents good value compared to the separate purchase.