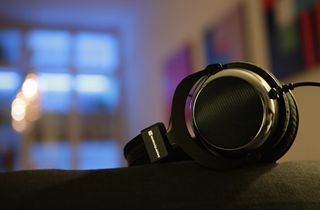 German audio manufacturer Beyerdynamic is to mark its 90th anniversary with the unveiling of a new special edition of its premium T90 headphones at this year's High End Show in Munich.

The T90 Jubilee model will be limited to just 1,000 units and includes the same Tesla technology that features in the existing T90s. The cans will be available to buy from mid-May for €599.

Just like the T90s, the T90 Jubilee headphones will boast open-back ear cups and bring together the "neutral and analytical sound of the Tesla transducer with spatial and dynamic balance".

And the company says it'll give customers the chance to sample the "immersive listening experience" for themselves by including an audio CD from Chesky Records with every T90s bought.

Chesky Records are a New York-based record label that specialise in audiophile recordings and the sampler will include a range of binaural sound recordings – from Mozart to funk music.

In addition to the T90 Jubilees, Beyerdynamic confirmed another special anniversary product is to be made available in the shape of the directional M88 TG microphone.

The company said the 90 Years edition of the microphone will sport a retro look and will be similar to the original 1962 model used by Queen Elizabeth II during her first visit to Australia.