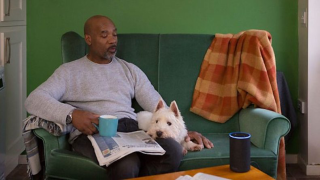 Owners of Alexa-powered speakers, such as the new Amazon Echo, Echo Plus and Sonos One, can now launch any of the BBC’s UK, national and local live radio stations, and its full range of podcasts, simply with the sound of their voice.

They can also ask to 'play', 'pause' and 'resume' whatever they are listening to, as well as launch 'previous' episodes in the back-catalogue.

It’s not the first time the BBC has dabbled with smart control. It recently launched an interactive story for Amazon Alexa speakers, with support for Google Assistant to come.

Future support for rival smart platforms looks likely too, so owners of speakers such as the Google Home and Sony LF-S50G will have to be patient.