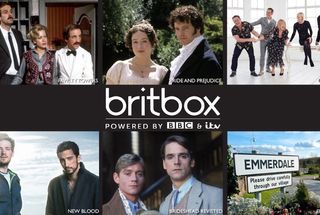 Anglophiles in America have a new way to binge on British TV shows as the BBC and ITV launch BritBox, a Netflix-style TV service made for the US.

Some of the TV shows available on the service include Tutankhamun, Cold Feet and Silent Witness, soap operas EastEnders and Emmerdale, and 'classic' British shows such as Pride and Prejudice, Inspector Morse, Keeping Up Appearances and Fawlty Towers.

Pricing for the service, which will be ad-free, will be announced at launch in the first quarter of 2017.

It will be available online as well as on iOS, Android, Roku, Apple TV and Chromecast platforms - with the intention of making it available in other international markets and the UK later.

The service will have a “now” category that will screen soaps and some TV series as soon as a day after airing in the UK, while also premiering shows never seen before in the US.

According to The Guardian, the BBC and ITV have partnered with AMC Networks, which will "take a minority stake in BritBox but will not have any voting rights".