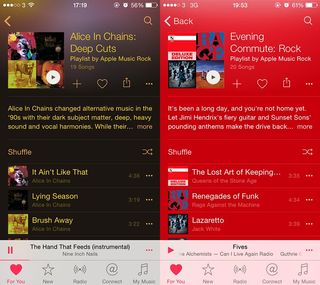 Following yesterday's reports, Apple told The Verge that the actual drop-out rate is nearer 21 per cent. The company claims 79 per cent of people who initially signed up for Apple Music's free three-month trial are still using it.

That contrasts with the findings of the MusicWatch survey, which questioned 5000 Apple customers. MusicWatch says 48 per cent of the original 11 million people who trialled Apple Music are no longer using it.

Two thirds of the survey respondents said they were either "very likely" or "extremely likely" to pay for the music streaming service when the free trial ends. However, although it is claimed that 61 per cent have already turned off the auto-renewal option, that does not, of course, mean they will not subscribe in the future.

Rival Spotify says it has 75 million users and 20 million paying subscribers, and offers around 30 million tracks, a similar sized catalogue to Apple Music.