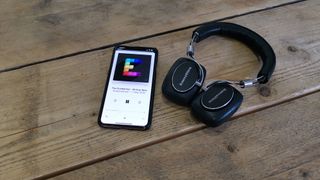 Apple is scouting for podcasts to host exclusively on its servers – and it's prepared to pay top dollar for them.

The move marks the Cupertino company’s first retaliation in a podcast war with Spotify. The green streaming giant now owns up to 20 per cent of podcast playbacks after its steady acquisitions of podcast companies, which have so far totalled $400m.

According to a Bloomberg report, Apple has approached a set of media outlets about the possibility of buying exclusive podcast rights, something it has previously avoided. While its exact podcast strategy is not clear yet, it’s a move that certainly ties in with the company’s involvement in the video space where its soon-to-launch Apple TV+ service will host a suite of original films and TV shows.

Apple played a major part in the podcast boom when it launched support for recorded broadcasts on iTunes in 2005. Although the podcast business isn't as much of a money-spinner as the biggest parts of Apple’s business, the company has enjoyed domination in the space until recently.

Apple neither advertises nor charges for use of its Podcast app, but the industry is still growing and these exclusives could help to keep iPhone users in the iOS ecosystem and paying for other Apple services such as Apple Music and Apple TV. With podcasting accounting for $479m in US ad sales in 2018, it’s also possible that Apple has decided to get in on the action much in the same way as its adverts on the App Store itself.

Spotify has already announced its own exclusive podcast content including shows from comedian Amy Schumer and podcasts from a production company founded by Barrack and Michelle Obama.

Expect some major moves in the podcast world. Some of your favourite shows may begin to pick sides.

Virgin TV customers to get Sky 4K content in 2020