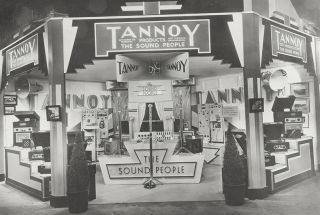 The news that Tannoy’s parent company, Music Group, plans to close the company’s factory in Coatbridge, Scotland, and move production to a new facility in Zhongshan, China, is the latest blow to hi-fi manufacturing in the UK. 70 employees are likely to lose their jobs and marketing activities will be moved to Music Group’s Innovation Centre in Manchester.

A spokeswoman for Music Group told What Hi-Fi?: "We have been manufacturing in China for the last 20 years, and have had our own plant there for 15 years. The new factory, which represents a $100m investment, is due to open in June 2016. Some Tannoy products are already made in China by another supplier, but in future all manufacturing will be done in-house in our own factories."

Asked about the legendary Tannoy Prestige range, a big part of whose appeal with customers is the fact that it is made in Scotland, she told us: "Uli Behringer [chairman of Music Group] is planning to keep manufacturing of the Prestige range in Europe, although not necessarily in the UK." Making them in Poland is thought to be one of the options being considered.

This is part of a steady pattern over the years, with many legendary British hi-fi brands - Arcam, Audiolab, Castle, KEF, Mission, Quad and many more - being snapped up by overseas investors and moving manufacturing overseas. In a global economy, this is nothing new. Look at what’s happened in the motor industry: British Leyland eventually became JLR, owned by Tata in India, and Mini/Rolls-Royce is now part of BMW, while VW owns Bentley.

Would the UK still have a thriving car industry if those overseas investors hadn’t stepped in? Probably not. And the likelihood is many of those famous hi-fi names would have disappeared too if someone else hadn’t snapped them up. Building audio products in the Far East, eastern Europe, the USA or elsewhere is now very much the norm. Hard economics are at play here.

When contacted by What Hi-Fi?, Uli Behringer told us: "Tannoy Scotland is losing substantial money, a situation that is simply not sustainable and hence the steps we had to undertake. But we will be massively investing in Tannoy, and especially our large R&D centre in Manchester.

"For years Tannoy has not seen any investment in technology and is clearly lagging behind companies such as KEF and Bowers & Wilkins [which has itself just been sold]. We are absolutely determined to change this and have hired Peter Sommer, a former executive at Bang & Olufsen and B&W, to lead our lifestyle division."

With the doors likely to close at Tannoy’s Coatbridge factory after a consultation period with unions and staff, it’s a timely reminder of the company’s proud heritage and where it came from. So we take a look back over the past 90 years…

Only a small percentage of brands ever have the linguistic momentum to make it into the dictionary. Let’s see: Biro. Hoover. Kleenex. None of them are audio companies, because there is only one generic trademark synonymous with sound. That’s Tannoy, which is 90 this year.

As we've just reviewed one of its newest speakers, the excellent Tannoy Eclipse Three, it seems like an appropriate time to look back at the firm's journey. Tannoy has kindly given us privileged access to its archive of documents, the comprehensiveness of which can only indicate one thing: pride.

Tannoy wasn’t always Tannoy. It was the Tulsemere Manufacturing Company in 1926, when broadcasting was in its infancy and the first talking film had yet to be shown. Radio sets needed huge batteries, which in turn needed huge chargers. Enter one Guy R Fountain, who came up with a new type of electrical rectifier, with the aim of making home-friendly chargers.

This did rather well, and Fountain founded a company named after the two metals used in the rectifier: Tantalum and lead alloy. The Tannoy trademark first appeared in 1928 and quickly became associated with inescapable public address systems. They even made it into the British House of Commons.

During the war years, Tannoy also provided PA systems to the British Ministry of Defence and RAF airfields. WWII films were a golden PR opportunity, as was the victory celebrations at Buckingham Palace, where Tannoys were used to announce the end of the war.

All of this paved the way for the Dual Concentric speaker, invented in 1948. It had a tweeter set deep inside the centre of a woofer for time alignment – a design still used to this day. It was originally intended for microphone measurement but the speakers ended up being picked up for use at Decca’s FFRR studios. Then EMI ordered some for Abbey Road.

Eventually, Tannoy entered the home. They were unashamed beasts with drivers of at least 10 inches, and they would dominate the room. In the 1980s, it was all about sound quality: aesthetics be damned. At least for a while. These days, speakers are slimming down and getting prettier, (yes they are.)

Tim Lount, vice president of sales and marketing at Tannoy, has been with the company for 27 years and we don’t know anyone better suited to talking us through how the company has changed, and how it has kept going for so long.

“Audio performance at every price level has always been a given within the Tannoy speaker range. One element that has changed dramatically over the years, however, is the aesthetic design of loudspeakers.

The demand from consumers, especially in the more ‘mainstream’ hi-fi speaker market, is that they need to look good and consumers are also increasingly more demanding when it comes to judging finish quality.

Tannoy has always placed performance and functionality as the primary criteria when designing a loudspeaker but we have had to rise to the challenge of cosmetic appeal and exceptional fit and finish in order to strongly compete in a very competitive market.

"This cosmetic demand runs from our entry-level models, right through the entire range. Even our ‘traditional’ appearance high-end Prestige series had a face lift a couple of years ago, adding visual improvements to the exterior cabinet trim – individually machined metalwork instead of cheaper castings, more attention to detail within the cabinet finish such as veneer in-lays and intricate routing.”

We should add, at this point, that not everybody is as sensible as us Brits. Slimming down is simply not an option for some. Tannoy is hugely popular in Japan, where they have even less space.

And yet, a clothing shop has just opened that dedicates one floor to British subculture – and a pair of heavyset Westminster Royals. While this makes little sense, it provides a measure of Tannoy’s influence around the world. Lount continues:

“Tannoy has a huge fan base around the world. This is across all sectors of our business – commercial install (shopping malls, airports, pubs, clubs etc), recording studios (many famous artists and recording have been mixed and mastered on Tannoy studio monitors) and of course in the consumer markets of hi-fi and home theatre.

The Japanese and many countries in Asia are great admirers of the Tannoy Brand. But whereas it always tended to be our Prestige series that was talked about, in recent years we have seen substantial growth of our entry level products and mid-market models such as Revolution XT which has captured attention in markets East and West.”

Looking to the future

But what about the next 90 years? The consumer audio market has changed dramatically in the last few years. Categories have sprung up to challenge the traditional stereo way.

Not only are speakers getting slimmer – they are becoming more portable, and there is an increasing demand for connectivity. Bluetooth is more popular than ever, and multi-room networked music systems are rapidly becoming the norm. How does a very traditional company stand against such change, Tim?

“I guess that Tannoy may have appeared slow to ‘join in’ on products such as active speakers, Bluetooth, multi-room etc. We have tended to very much cater for the hi-fi enthusiasts market at all price levels. As Tannoy is now part of the larger Music Group we have access to an enhanced technical resource and without doubt we will develop exciting new products within the wider consumer audio market. Watch this space!”

MORE: That Was Then... Tannoy Mercury M3 review

Who are Music Group?

The company is chaired by Uli Behringer, founder of pro audio group Behringer, and is based in the city of Makati in the Philippines. It is currently building a new $100m manufacturing plant, with accommodation for up to 10,000 workers, at Zhongshan in China.