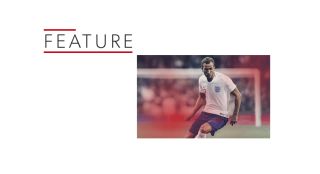 "Midsummer football on television! Science has given us many horrors, including the H-bomb, but surely this is the end."

The 4K broadcasting of the summers' FIFA World Cup didn't engender such apocalyptic visions as S. Miall's, which appeared on The Times' letters page six decades ago - but it's worth appreciating just how long the journey has been to get to the point we were able to enjoy 29 of the tournament's 66 matches in 4K UHD quality.

From agricultural parades to erroneous ad breaks, there have been a few bumps along the way - but at least they show us both halves now...

Uruguay are not perhaps the likeliest of radio pioneers, but history suggests the first live football broadcast was from Montivideo in 1922, eight years before the nation staged – and won – the inaugural FIFA World Cup.

By contrast, the BBC's first coverage wasn't until 1927: a score draw between Arsenal and Sheffield United at Highbury, with commentators cannily setting the pitch into six squares to guide the listener's imagination and gifting us the phrase 'back to square one'.

But with home nations uninvolved until the first post-war tournament in 1950 – though five Scots and a Scouser had run out for the United States 20 years earlier – there was little interest in broadcasting the tournament until then.

Even still, with it being held in Brazil, transmissions were patchy at best. Most would've had to wait a few days for newsreel footage before experiencing England's first of many World Cup whimpers – a 1-0 defeat to the amateurs of the USA.

The BBC were at last able to televise live football outside London from the following year - the triumvirate of Queen Elizabeth II's Coronation, the Matthews Final and England's 6-3 defeat to Hungary's Golden Team in the 'Match of the Century' sparked a surge in home TV set sales in 1953, and the inception of the Continental Television Exchange (later known as Eurovision) made pan-European programming possible for the first time.

Nine games from Switzerland were shown across eight countries in 1954, though with selections being pooled it was pot luck which would end up being broadcast. This meant English viewers were treated to West Germany's 8-3 humbling at the hands of Hungary rather than their own nation beating the hosts.

England's defeat to Uruguay was one of a pair of televised quarter-finals, though with first halves deemed unimportant only the second 45 was shown and viewers missed the first three goals.

But perhaps the most baffling quirk of this first televised World Cup occured at the semi-final stage. Eurovision opted to show just one tie, judging the other to be of lesser significance than a live agricultural parade trotting through Copenhagen.

ITV joined the party in Sweden four years later - match selections were still pooled, meaning it showed five of the same games as the BBC, but the path to tournament-wide coverage had gained momentum.

Though we're now used to seeing colour footage of England's 1966 triumph rolled out before each and every World Cup since, live transmissions were in black and white until the tournament reached Mexico four years later.

"In 1970 new technologies helped us show the games as they had never seen before," says Alan Hart, former head of BBC Sport and Controller of BBC One. "It was also the first time we had used slow motion replays.

"The machines could overheat and there were stories of BBC engineers throwing foam over them to cool them down. There are so many new devices on which people can watch the World Cup today, but technological advances felt just as innovative and exciting in 1970."

Iain Logie Baird, grandson of the inventor of the television, also details how colour changed the roll of the commentator: "The nature of sports as entertainment was forever changed. More information was in the image, freeing the announcer to be less radio-like and comment on other aspects, such as individual performance of particular players."

Having endured the benign waffle of Danny Murphy and Robbie Savage, however, one wonders whether that final point can be considered exclusively an advance.

In 2006, the BBC made the opening game of the Germany World Cup – a tournament remembered as much for Zinedine Zidane's cosying up to Marco Materazzi as for the Italians eventually lifting the trophy – the first sporting event to be broadcast to the UK in high definition.

Having trialled its own HD channel during the 2006 competition, ITV's first widespread coverage came in 2010. Fair to say it wasn't a roaring success from the outset, with England fans missing Steven Gerrard's opening goal against USA as ITV HD went to an ad break.

As if by way of protest, the Three Lions reserved the rest of their goals in that tournament – both of them – for the BBC cameras, graciously exiting in the round of 16 to spare any more ITV blushes.

This was also the World Cup where live TV coverage was shown simultaneously online.

On 31 May came the highly anticipated news: all 29 of BBC One's live World Cup matches were to be broadcast in 4K and HDR via the iPlayer app.

So we were able to witness it all in fine detail: Harry Maguire's generous forehead crashing the ball into the net; Gareth Southgate's 'Man of the People' waistcoat and 'Wealthy Man' wristwatch; the collective distain as Jermaine Jenas pollutes the studio with another volley of his trademark nonsense.

Moreover, the BBC trialled coverage in virtual reality – though sadly not alternative reality – for all 33 of its televised matches, meaning anyone with a smartphone or compatible VR headset was able to find themselves "inside their very own luxury private box" complete with a pitch view and virtual coffee table of stats.

Perhaps it was fitting England's campaign exceeded all reasonable expectations - it was, at times, really pretty competent and fine source material for the best-looking World Cup we've ever seen.

And now for the national anthems... a 2018 FIFA World Cup playlist

Yes! You can watch the World Cup in 8K

The best 4K HDR TVs currently on the market