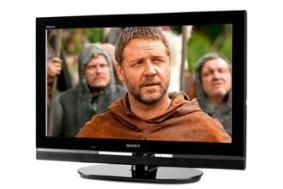 Not the class-leading performance we’ve come to expect here but a solid, capable set at a decent price nonetheless

The V Series may prop up Sony's current model range, but don't be thinking that means the 'V5810 skimps on specification.

No, Sir, this TV packs an abundance of features. For starters, it has three tuners: Freesat, for that all-important HD content, along with Freeview and an analogue offering.

This 1920 x 1080 Full HD screen also has support for DLNA media streaming and access to Sony's proprietary Applicast service, which, like LG's Netcast service, gives you access to YouTube along with other web widgets.

There's no MotionFlow 100Hz processing here, however, while this set also has a slightly lower claimed dynamic contrast ratio, 60000:1, as opposed to the 80000:1 seen on Sony's pricier W Series TVs.

Nevertheless, the 'V5810 will leave you with extra cash in your pocket should you take the plunge and hey, you could spend them on Blu-rays, which look rather nice on this set.

Soid black levels and insight too
Colours are on the up-and-at-'em side, giving life to lacklustre palettes, although they verge on being over-egged with vivid content. Still, there's plenty of insight, and black levels are solid.

Motion isn't as rock solid as some rivals, with the LG 32LE7900 looking a little more sturdy, as highlighted by the fast-paced action of 44 Inch Chest on DVD.

Sound is a little muffled too, spoiling an otherwise crisp off-air picture, not least in HD from the Freesat tuner.

We expect great things from Sony TVs, so it's fair to say this set doesn't quite hit the peaks we've seen before.

But for the money – and preferably for less than our quoted price if you hunt around – the 'V5810 is no slouch.