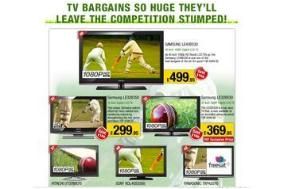 Other offers include Sony's previous-generation BDP-S350 Blu-ray player for £140 and Panasonic's DMR-BS850 Blu-ray/Freesat recorder for £800.

Check out the Richer Sounds website for more hot deals.