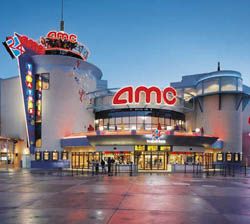 Warner Brothers and 20th Century Fox are in talks with satellite TV operators in the US to show films on-demand a month after they hit cinemas.

The move has angered cinema chains in the US, who have promised to favour films released by studios that aren't part of the deal.

Film studios currently wait up to four months after the cinema release before releasing DVDs or offering the film on-demand to TV companies.

The cinema chains say the new plans would be damaging to ticket sales.

Paramount Pictures has privately come out against the new plans, reports the Financial Times.

Of course taking sides with the cinemas could in turn Paramount's blockbuster releases get priority when it comes to allocating screens.