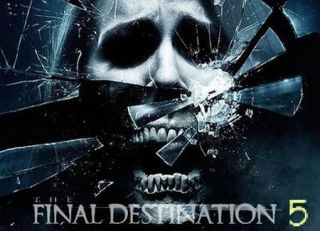 Here's a new twist on the video-on-demand market: UltraViolet, a consortium backed by Warner Brothers, Sony Pictures and Twentieth Century Fox, plans to offer consumers a 'digital locker' of films and TV shows they can watch on any device, reports The Guardian.

UltraViolet will allow users the rights to buy a film or show once, and play it anywhere on up to 12 devices. When they buy a DVD or Blu-ray, they'll get a code they can use to download or stream a digital version so they can build up a virtual locker of content.

Warner Brothers will be the first film studio to launch a title on UltraViolet in the UK with the release of Final Destination 5 on December 26th.

UltraViolet's backers – including Tesco, Samsung, Nokia, Sky and LoveFilm – say their system is more open than more restricted ones from the likes of iTunes.

Content can be viewed on just about any device from any manufacturer and up to five family members can be added to an account.

Tesco has already announced it will start offering digital copies of films for free with DVDs bought through its Blinkbox service, which launched this month.