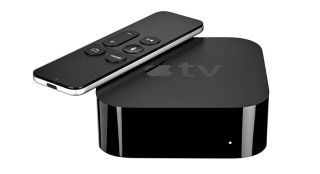 The developer who spotted leaked 4K and HDR code within the firmware of Apple’s HomePod speaker earlier this month has found assets which suggest that the next Apple TV will support HDR.

The previously leaked code suggests Apple won’t be going in half-heartedly with HDR compatibility either, with support for HDR10, Dolby Vision and HLG (although not Samsung’s HDR10+ format) on the cards.

However, there is still no official announcement, so we'll bring you any further developments as we have them.