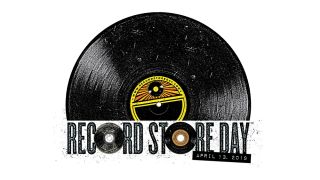 The official list of exclusives for Record Store Day 2019 has been announced, and as usual it’s filled with more special edition vinyl than your local branch of Carpetright.

It’s a special day for us record collectors, who can now begin planning our haul like greedy children pawing through the Argos catalogue.

Big re-releases such as that of Pink Floyd’s A Saucerful of Secrets, a limited edition vinyl with complete reproduction of its original sleeve, had already been teased.

Wider audiences, meanwhile, will be catered for with releases from 808 State, Anderson .Paak, Slowthai and Ólafur Arnalds.

There will also be a number of OST releases, including Breaking Bad, The Crow, Lost In Translation and Twin Peaks Season 2: Music and More.

Rega, an official partner in the UK, has also unveiled its special edition deck based on the P1-Plus (above); Crosley will defy logic and quite possibly taste by making available a three-inch turntable in the US.

For the full list, as well as participating stores in 2019, head to the relevant Record Store Day website (UK / US) and work out just how much you’ll need to save before the big day.