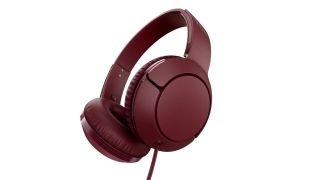 After entering the UK TV market only last year, the ‘fastest-growing TV brand in North America’ is looking to expand its product lineup in the UK. And not with more TVs (although that too), but with headphones and soundbars.

TCL has announced it is bringing four headphone ranges and a soundbar duo to the UK in the first half of 2019.

It’s got its work cut out to compete with the many established brands in both saturated markets, although if TCL’s TVs are anything to go by, it’ll no doubt be looking to catch some attention with competitive pricing (which is TBC, by the way).

Meanwhile, the TS5010 and TS7010 soundbars have been allegedly designed for 43in+ TVs and 55in+ TVs respectively, and come with a wireless subwoofer.

Without prices and of course a good ol’ listen, the verdict is out on whether they deserve a spot on your shopping list. Naturally we hope to be able to make one this year.

Having unveiled an 8K Quantum Dot TV at CES earlier in the week, TV titan TCL has also just announced plans to team up with other display companies to create the ‘8K Association’.

The body’s goal: to set standards and raise awareness of the superior resolution to both consumers and industry players such as video streaming services. With 8K undoubtedly set to gain momentum this year – at least from a hardware point of view – this movement’s certainly one to keep an eye on.

MORE: Stars of CES 2019: The best audio products of CES