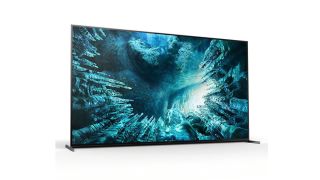 A handful of UK retailers have listed prices for the 2020 Sony ZH8 8K LED TV, giving UK consumers a first glimpse at how much these new 8K TVs will cost. While Sony's US website confirmed some weeks ago that the 75in and 85in TVs would cost $7000 and $10,000 respectively, the company's UK website hasn't yet stated UK pricing.

However, we spotted some retailer listings - some of which have since been taken down - which show the Sony ZH8 looks to be priced at £5999 for the 75in model and £8999 for the 85in variant. While we can't 100 per cent confirm those figures, they seem likely given a) the consistency of the pricing across numerous retailers, and b) the similar US pricing.

We have also spotted UK pricing for the forthcoming Sony 48in OLED TV (KD-48A9BU), listed at £1699. The introduction of 48in OLED sizes by Sony and LG made some of the biggest TV news at CES, as it marked the first time the premium panel technology would be available in a screen size smaller than 55in. LG has since confirmed the price of its 48in CX OLED as £1500.