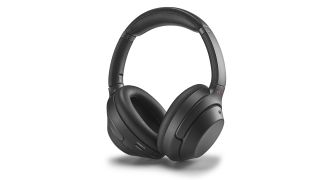 It’s easy to forget that, not too long ago, the noise-cancelling headphone market was entirely dominated by Bose. Not so anymore. Now, every audio brand worth its salt is in on the action, and there’s no more sought after pair than the Sony WH-1000XM3s (pictured above).

Their popularity is understandable: the WH-1000XM3 headphones are so good, they’ve won back-to-back What Hi-Fi? Awards since their launch in 2018. They’re still great headphones now, but with the likes of Sennheiser and B&W also now carving out slices of the premium noise-cancelling headphone pie, it’s inevitable that Sony will release a new version very soon - and we can’t wait to see what they do with them.

Thanks to an FCC filing in December (thanks, The Verge) and an image and instruction manual leak courtesy of Everton Favretto (also via The Verge), and, finally, a more recent price leak by Best Buy and Walmart, we know the WH-1000XM4 headphones are on the way. We even now have more details, including a price and, courtesy of Walmart, a list of all the key features.

So, when can we expect them, how much will they cost and what improvements will they offer? Here we have rounded up all of the rumours, news and major leaks so you can get up to speed in no time at all.

Sony could announce the WH-1000XM4 headphones at any moment. According to a recent listing on the Dell Canada website (via The Walkman Blog), the headphones are set to ship on 23rd June. That's not conclusive proof of course, but the fact the link has since been taken down adds to its veracity.

In previous years, Sony has announced its XM headphones at annual tech show IFA, which takes place at the start of September. This was the launch stage for the MDR-1000X, WH-1000XM2 and WH-1000XM3. But if this leak is correct, it looks like Sony will break with tradition this year.

This is backed up by another document spotted by The Walkman Blog back in April. Titled 'SBNL AUDIO Trial Models Summer' and reportedly originating from Sony Belgium/Netherlands, the document suggested a June release date.

We guessed that the Sony WH-1000XM4 price would be £330 ($350), as that’s exactly how much each one of the three previous pairs in the series has cost at launch. And a recent leak by Walmart and Best Buy seems to confirm they will be $348 or $349.99, depending on the retailer. There's been no UK price leak so far.

But are we even correct in assuming that the Sony WH-1000XM4 headphones will be called ‘WH-1000XM4’? We believe so, yes. Not only has each model in the series followed the format, with the ‘M’ being short for ‘Mark’ and the number representing the entry in the series (so ‘M4’ is ‘Mark 4’), the FCC filing dug up by The Verge in January has an ID code of ‘AK8WH1000XM4’.

We would have been surprised if the WH-1000XM4 headphones had differed wildly in design from the WH-1000XM3s, but if the recently leaked images (one of which is above) are to be believed, they look practically identical.

Looking closely, we think these new headphones look just a little rounder and more bulbous in the earcups, but it's hard to be sure given the low quality of the photos.

According to a leaked listing on the Walmart website it looks like the WH-1000XM4 will be lighter than the current model, as the wording on the page mentions a 'lighter-weight design'. The listing also reveals the headphones will use 40mm drivers, support high-resolution audio and feature similar touch controls.

So what can we expect from the Sony WH-1000XM4 headphones in terms of specs and features? Thanks to that Walmart leak we now know virtually all the key features. Some aspects remain the same, while there are some new technologies arriving on the new XM4 model.

The WH-1000XM4s will include a 'multipoint connection' which allows you to pair two Bluetooth devices to the headphones at the same time. This should make switching from a smartphone to a laptop a more seamless experience.

The biggest new feature appears to be the use of a new Sony DSEE Extreme audio processor. The current WH-1000XM3s use Sony's DSEEHX processing to upscale compressed digital audio but the WH-1000XM4 will be able to call upon new Edge-AI tech. It's been co-developed with Sony Music Entertainment to analyse and upscale tracks in real-time.

According to the Walmart page, battery life will remain around 30 hours, while the quick-charging feature should still feed them five hours of juice in 10 minutes.

It looks like Sony has gone big on call quality for the new model too. According to the listing, the WH-1000XM4s use something called 'Precise Voice Pickup Technology'. A combination of five mics and clever processing inside the headphones should deliver clearer call quality.

Finally, Adaptive Sound Control is a feature that's already available on the WH-100XM3s. It detects your activity and adjusts the ambient sound settings to suit. However, according to the Walmart leak, this feature can also now learn to recognise locations you frequently visit and tweak the sound accordingly.

One thing we're still waiting for clarification of is which version of Bluetooth the Sonys will run. The WH-1000XM3s use Bluetooth 4.2 with support for the advanced aptX, aptX HD and LDAC formats.

The Walmart listing mentions LDAC and the leaked manual suggests that the WH-1000XM4 headphones will actually offer Bluetooth 5.0. We wouldn't be surprised if support for aptX Adaptive in there too. This offers improved sound quality with lower latency.

The leaked manual mentions a 'speak to chat' feature, although this is absent from the Walmart page. We doubt it lists every single feature of the new headphones, so there will still be a few bits of extra information to uncover when they do officially launch.

The Walkman Blog has posted pictures it claims were taken from the Best Buy listing before it was removed. These show a pair of headphones very similar in styling to the WH-1000XM3s, but with a couple of subtle differences, including a new 'custom' button in place of the current 'ambient' button.

Although we have more of an idea about the features we'll be seeing from the headphones, Sony still hasn't even acknowledged that the WH-1000XM4 headphones exist. And until we get a pair in our hands it’s impossible to know how good they’ll be.

What we do know is that developments in the noise-cancelling headphone arena are currently fairly iterative. In other words, while the WH-1000XM4s will, in all likelihood, improve on their predecessors, they’re unlikely to blow them out of the water. We are keen, though, to find out what impact the new DSEE Extreme processor has on sound quality.

And let’s not forget that the current WH-1000XM3 headphones are still brilliant in their own right and can currently be bought for a lot less than their launch price. That price is likely to get even lower as we get closer to the launch of the new model. So, you can wait and pay full price for the WH-1000XM4 headphones, or you can pick up the previous model with a hefty discount - the choice is yours.

And we will, of course, update this page with all of the news and rumours concerning the Sony WH-1000XM4 headphones as and when.

Sony WH-1000XM3 vs Bose Noise Cancelling Headphones 700: which is better?