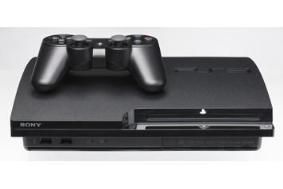 It has announced four UK-specific 250GB PlayStation3 bundles, which will cost £285 and be available from October 1st.

The first packs offer a choice of two Platinum Hits or a copy of InFamous. From October 16th, the range will be expanded to incorporate Uncharted 2.

Then on October 19th, Sony will introduce a Blu-ray film pack containing X-Men Origins: Wolverine, The Dark Knight and a Blu-ray remote control.

"Following the success of the new, smaller 120GB PS3, which sold more than one million units worldwide in its first three weeks on sale, the PS3 model with 250HDD has the same hardware specifications as the current model, but with greater storage space, to offer consumers more choice," says Sony.