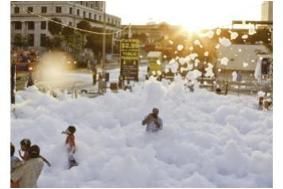 The company also says it's fallen victim to unfavourable currency trends, principally a decline in the yen/dollar exchange rate, but even so the scale of reduction in its expectations has taken financial commentators by surprise.

It's also lowered sales forecasts very slightly, from 9.2 trillion yen to 9 trillion, but that's a marginal improvement on the previous year.

The company said in its statement that "We expect the results of certain businesses in the Electronics segment, such as the LCD television, compact digital camera and video camera businesses, to be lower than the previous forecast."

The company says those revised expectations are "due to a deterioration in the market environment brought on by the slowing global economy and an intensification of price competition."

The past few months have already been very tough for Sony: the company says it expects to post a 21 billion yen (£132.5m) profit for the second quarter, which ended in September, down 72 percent from the 73.7 billion yen (£465m) it achieved in the same period last year.