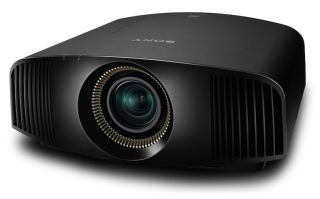 Each of the 4K models use an advanced SXRD panel which requires no artificial manipulation of pixels to create a true 4K image, and has a new lamp capable of lasting up to 6000 hours. Sony says that its proprietary Triluminos engine design ensures rich, accurate colour reproduction, and its MotionFlow technology helps to deliver clearer, less blurry images particularly during fast-action sequences.

HDMI connectivity supports 4K up to 60fps and HDCP 2.2. Users can also adjust the picture to suit their own tastes using the built-in professional calibration function.

Sony says it is developing HDR support across the rest of its projector range. "These new 4K projectors from Sony demonstrate our commitment to the native 4K resolution and HDR imagery, which guarantees the most immersive cinematic experience," says Thomas Issa, product manager at Sony Professional Europe.

In addition to the two aforementioned models, Sony has also introduced a new Full HD/3D projector, the VPL-HW65ES. This costs €2999 and features SXRD panel technology and second-generation Reality Creation technology "for the Full HD home cinema experience at a lower price".

Like the two 4K models, it also has Sony's new longer-lasting 6000 hour lamp and support for 3D with a built-in RF 3D transmitter.

All three models will be available in black and white from October onwards.