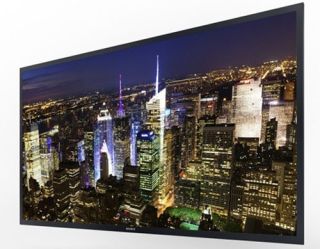 In a brief statement to What Hi-Fi?, Sony has denied reports coming out of Asia that the company is ditching OLED development in favour of concentrating on 4K TV.

Sony says no such change of focus has been confirmed, and the company continues to investigate improving OLED TV production in order to ensure the technology's consumer future.

A report from Japanese news site Nikkei suggested Sony would be scaling back work on OLED in order to focus on 4K Ultra HD TVs.

Sony's 20% value share of the 4K market, together with increasing consumer interest and sales, was said to be giving renewed hope to the company's ailing TV business.

The statement reads, "Sony has made no announcement in this regard. Sony continues developing and looking into reliable ways to mass produce OLED displays for consumers while continuing to build experience via providing OLED displays for professional, medical and broadcast use."

While OLED TVs have been thin on the ground, with only curved OLED TV sets making their way in to shops and our test rooms, 4K sets are coming at a much steadier rate.

With the World Cup expected to drive television sales, it's no doubt that 4K tech will be a far more signifcant driver for TV sales than OLED, regardless of Sony's stance.

As for the longer future? It looks like mass-market OLED TVs won't be coming any time soon, while Ultra HD sets by contrast get ever more affordable and become available in a wider range of screen sizes, such as these new Samsung budget 4K TVs.