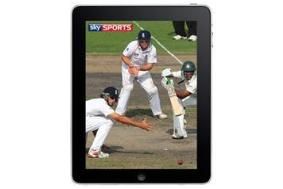 Acccording to the latest research by Forrester Consulting on behalf of Cisco, more than 60 per cent of those in the 16-35 age group browse the web and watch TV simultaneously.

Younger viewers are leading the trend in 'Social TV', says Forrester, which means they like to chat online with their friends while watching TV. This is particularly prevalent in the 16-24 age group (47 per cent of those polled).

New devices such as tablets and smartphones mean more people are watching TV on alternative web-based devices, with 70 per cent of online UK consumers now having access to the internet in the living room.

However, the research shows that when playback of online video/TV stutters or stalls, 42 per cent of viewers immediately give up and stop watching. Of those questioned, 22 per cent said they would pay for a guaranteed improvement in video quality.

Interestingly, many younger viewers would prefer to pay to view for individual programmes, as they're used to doing with apps on mobile phones, rather than pay a traditional monthly or yearly subscription.

Forrester Consulting interviews a sample of 919 online consumers as part of its research.