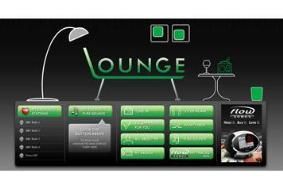 Pure is celebrating its third birthday by making its internet radio iPhone app free until the end of 2011.

Previously £2.99, the app for iPhone, iPod Touch and iPad allows to listent to internet radio, podcasts, listen again content and, lest we forget, Pure's selection of 'ambient sounds'.

The app works when docked, too, so can be used to turn an iPod dock in to an internet radio.

Colin Crawford, Pure's director of marketing, said "the most fully featured internet radio app" was a "prelude to some very exciting developments in our cloud services."

The Pure Lounge app is now free to download from the Apple iTunes Store.

Pure has today released an iPhone app for its Lounge radio and media portal. It's available for download on the Apps Store for £2.99.

The Lounge App enables iPhone, iPod Touch and iPad users to listen to a world of internet radio, podcasts, listen again content and a library of Pure's 80 ambient sounds.

Pure Lounge is a gateway to thousands of local, national and global radio stations, while 'listen again' allows listeners to catch up on radio programmes they may have missed.

The mobile app connects via wi-fi and 2G/3G, and current Lounge users can import their existing Lounge settings to listen to their previously saved favourites.