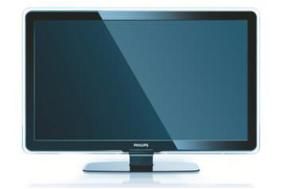 We reported from the Philips launch in Lisbon and we can now add some meat to those bare bones. The three largest TVs are Full HD 1080p resolutions, while the 32in is 1366 x 768.

Each of the four models will feature the Philips Pixel Plus 3HD Engine, as well as the seemingly 'love-it-or-hate-it' Philips HD Natural Motion technology.

Other technology on board includes the latest version of the Dynamic Contrast Enhancement system, which helps Philips claim a 30,000:1 dynamic contrast ratio – some four times higher than the previous generation.

As well as the picture, the sound has been given special treatment in the 42in and 47in versions thanks to the inclusion of the Philips wOOx subwoofer technology, which should naturally deliver a little more 'oomph'.

All four sets also have Ambilight technology on two sides, which thanks to a series of integrated LEDs project colours on to your wall behind the screen to match the images on TV.

Last but not least, all four sets have four HDMI 1.3a inputs – three on the rear and one on the side. As ever, look out for a review very soon...