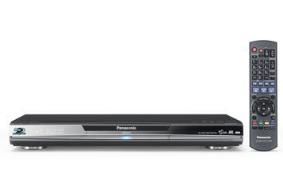 It also has a special 'playback information' function on the menu that enables the user to see the frame rate in mbps, type of soundtrack, quality of the video signal and other technical information on the Blu-ray disc being viewed.

The latter function, and 7.1 analogue output, are absent on the cheaper DMP-BD60.

We've already reported on some of them here, and will bring you a full rundown of the entire range (hopefully with UK prices) tomorrow. But here's what we know so far about the plasma models:

We expect to get more details of the full Viera TV line-up, including the LCD models, and a demo of the Freesat HD/Blu-ray recorder tomorrow. More information to follow as soon as we get it.