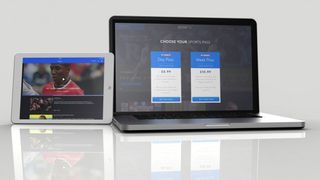 The new seven-day subscription option will sit alongside the existing Sky Sports Day Pass, with all seven sports channels included. In addition, the cost of a Day Pass will be cut to £6.99 for a limited time with effect from tomorrow (12th August).

You'll be able to take advantage of the special Day and Week Pass rates until 27th November, with Sky Sports 5 – billed as the new home of European football – and the rebranded Sky Sports News HQ both included as part of the package.

Now TV director Gidon Katz said: "We know our sports fans are hungry for more flexibility in how they watch sports and the new Sky Sports Week Pass offers just that. Now fans simply have to decide if they want to snack on a day pass or feast on a week's sport."

Meanwhile, Premier League football fans have been given another boost ahead of the new season with the confirmation that Sky Sports On Demand is launching a section dedicated to all 20 top-flight clubs that'll let you catch up on relevant content.

The club sections will be available through the on demand area on the Sky+HD box, with available content including relevant matches that have been shown live on Sky Sports; documentaries with club legends; and player/manager interviews.

Sky Sports head of football Gary Hughes said: “With massive growth in on-demand TV viewing, we’re delighted to introduce this brand-new service for Barclays Premier League fans. Fans of all 20 clubs will soon be able to watch the latest news and views on their club at any time."

These latest announcements come at a time when Sky appears to be responding to the challenge of BT Sport in the live sport stakes; with even more ways to watch Sky Sports being made available.

Last week, we heard how Virgin Media customers can now enjoy both Sky Sports and Sky Movies channels on their mobiles or online through their Virgin Media account, albeit dependent on the necessary subscription models.

And Sky has extended its distribution agreement with TalkTalk, which will benefit those signed up to the provider's YouView TV service and one that the pair says will now "broaden and extend" the distribution of Sky's sports and movies channels.