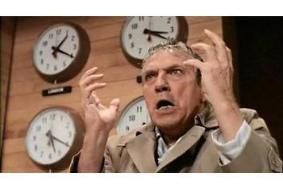 The channel is a 50/50 venture between the two companies and will show films from the MGM library remastered in high definition.

It's the first MGM-branded channel launched in the UK, joining over 130 countries that now have an MGM presence on TV.

The channel will have a full programme schedule running 24 hours a day, seven days a week.

Highlights on the horizon including The Pink Panther series, Woody Allen films' Annie Hall and Manhattan, plus Network and The Fortune Cookie.

To view MGM HD, Sky customers need to subscribe to Dual Movies and the HD pack. Alternatively, the channel is available on an a la carte basis for £5 per month.