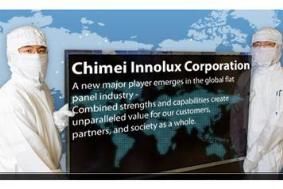 It's currently the world's third-largest manufacturer of LCD panels for TVs, with Sharp in fifth position, and together the two will still occupy third position, but their combined market share will be 22.8%, close behind global No. 2 LG Display.

Sharp has found itself wrongfooted by the rapid and sustained rise in the value of the yen against world currencies, which has seen it cutting production at its major plants, including its most recent opening in Osaka prefecture, Japan.

When the ground was broken for that plant back in July 2007 the yen stood at just under Y120 to the US dollar; today it's trading at just over Y82/£, a change in value of almost 40%.

As a result, it's forecast that profits for Sharp's LCD panel business may be down almost 80% on those achieved three years ago, despite production cuts of up to 30% at the Osaka plant, and 10-20% across the company as a whole, during 2010.