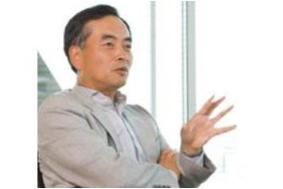 That's the view from the company's most senior TV executive, Hiroshi Yoshioka, speaking in Japan – and he also emphasised the need for the company to have its own unique TV technologies in order to boost its market share, rather than being dependent on third-party suppliers.

Yoshioka is Executive Deputy President of the company, and head of its Consumer Products and Devices division, which includes the TV operation.

He was given the task in April of sorting out the company's ailing TV business, and returning it to profitability – one of the main aims of Sony Chairman and CEO Sir Howard Stringer's restructuring plan.

Analysts suggest the TV business could post losses of over £400m in the current financial year, but the intention is to have it profitable by the end of the 2010-2011 financial year.

The further aim is to gain a 20% global shareof the LCD TV market by 2013, and almost £7bn in sales of 3D equipment by the same time. And Yoshioka says part of that strategy involves between a third and a half of all TVs sold by the company having 3D capability.

Speaking to reporters in Tokyo, he said that the 3D-compatible sets will only require a small extra piece of hardware to enable them to show 3D content, and that they will otherwise function as conventional TVs.

He added that the 3D functionality will only add a little to the production costs of TVs, but didn't elaborate on how the pricing of 3D TVs would differ from that of '2D' models.

A further cost will be the special glasses required for 3D viewing, with price estimates for these varying wildly. Panasonic has suggested a family pack of glasses could sell for around £100; others have speculated that the glasses could cost as much for a single pair.

It remains to be seen whether Sony will bundle the glasses with the TVs, or sell them separately to keep the price of 3D-capable TVs competitive in the market.

As well as the company's 3D aspirations, Yoshioka also said that a key issue in the TV division's losses has been its dependence on third-party suppliers for display panels.

This has seen the company lagging behind some of its rivals when it comes to new technologies such as LED backlighting, even though it has a joint venture for making LCD panels with Samsung.

Samsung has established a lead in LED-lit TVs, but Yoshioka says that the joint venture with the company – "They were a competitor," he says – has produced difficulties as well as benefits.

One suggestion is that the company may fight back against LED-lit TVs by further developing organic LED (OLED) TVs, work on which Stringer famously put on hold earlier in the year, citing the need to get the company's mainstream TV business on hold as a major priority.

Yoshioka told the meeting in Japan that while the company already sells 11in OLED TVs, and has shown larger prototypes, its engineers are experiencing problems when it comes to producing commercially-viable larger panels.

Until those difficulties can be overcome, it seems the company will instead be going full steam ahead with 3D development, using existing LCD technology.