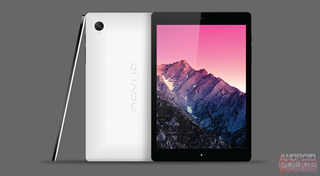 Previous rumours suggested that HTC would make a Nexus 6 budget smartphone and Nexus 8 tablet, with indications pointing towards a Q3 release in 2014, but this has not come to pass.

The Wall Street Journal points out that Google tends to choose a different device manufacturer for each Nexus device: be it smartphone or tablet. After using Asus, Samsung and LG, it's now HTC's time to shine, with Google saying "Android is a vibrant ecosystem, and many of the industry players are doing very well. There's room for many partners to do well and to innovate with Android".

Specs or a release date haven't been confirmed yet, but previous rumours from Twitter account @UpLeaks predicted 4GB of RAM and a 64-bit Tegra processor. Fresh rumours suggest the tablet will come with a new Nvidia Tegra K1 processor chip, and will be released alongside the full public release of Android L in the autumn. With Q3 of this year soon coming to a close, it looks likely a new product will be released in Q4.

MORE: Android L: Everything you need to know