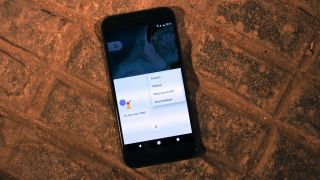 If you want to see how a magic trick works, never look where the magician wants you to. Similarly, while CES 2018 - the biggest consumer electronics show - is happening, it's always worth keeping an eye on what's going on elsewhere.

For Google, that's the acquisition of UK startup Redux - a company that specialises in turning surfaces (like smartphone displays, for example) into speakers. Because manufacturers don't need to add small speaker drivers into their devices, space can be liberated for other components. Like bigger batteries, perhaps.

Bloomburg reported last night that Redux's shares were transferred to Google on December 13th. Google has declined to comment on the purchase price for the startup, or indeed any other details of the acquisition.

Redux technology could be implimented by Google in a number of ways. The most obvious is the next generation of Pixel phones, which could forgo speakers altogether - which would improve the bezel-less aesthetic the tech giant is striving for.

But Google isn't the only company with access to this technology. Sony's 2017 OLED TVs feature "Acoustic Surface technology" that vibrates the display - this enables sound to be output directly from the TV screen and eliminates the need for conventional speakers.

Google could also improve its phone's haptic feedback (according to AndroidAuthority) or simply license out Redux's 178 patents to make a bit more cash. Still, the day of the traditional smartphone speaker could yet be nearing its end.