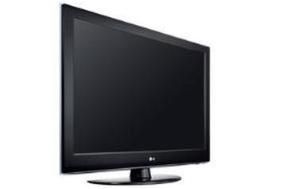 But now LG has confirmed it will start producing integrated Freesat TVs for sale in the UK, with other Freesat products (presumably set-top boxes) to follow.

Emma Scott, Freesat's MD, says: "We're extremely pleased to be working with LG as a manufacturing partner for Freesat in 2009."

The first model will be the LG LF7700 LCD, due to be unveiled at CES in Las Vegas this week. A plasma version is due later in 2009.

And in a separate development, LG has also announced it will market several LCD and plasma TVs with the built-in ability to stream Netflix online movies without the need for an external device.

The LG "Broadband HDTVs" will have access to a growing library of movies, TV episodes and high-definition content streamed from Netflix.

LG says the Netfix-enabled sets will be available this spring, and will be joined by eight Blu-ray players and home cinema systems with Netflix streaming planned for 2009.