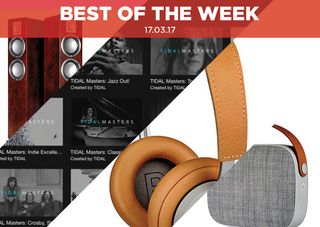 This week a headphone had the temerity to catch fire during an airplane flight, Sonos won a patent ruling in its lawsuit against Denon and Tidal updated its desktop app with access to its MQA/Masters Playlists.

A woman suffered burns and blisters after her headphones exploded on a flight from Beijing to Melbourne.

The passenger was asleep when the battery malfunctioned, causing it to catch fire and melt. It was doused in water to stop the fire.

It's reminiscent of Samsung's Note 7 fiasco and has led airport authorities to reiterate its recommendation about storing lithium-ion batteries on flights.

Tidal has updated its desktop app, adding a dedicated section for its Masters Playlist.

So far it is only available on Tidal's desktop app and not mobile versions.

We first heard of Sonos's claim that Denon had infringed on a number of patents back in 2014 and Sonos has just won a partial judgement in the case.

The lawsuit concerned 12 patents relating to control and operation of multi-room systems, which Sonos claimed Denon's HEOS system had infringed upon.

Denon tried to get a number of patents in the suit removed, but their action was rejected, leaving the two companies to sort matters out in court later this year.

LG Tone Studio wearable speaker will arrive in May

Apple is testing four new iPad models at its HQ

You can now pair your Amazon Echo with your Bluetooth speakers

Denon HEOS Bar and Subwoofer coming to UK in April

That Was Then… Sky+ review

What is QLED TV? How the next TV tech compares to OLED

Philips 2017 TVs - everything you need to know

The Play H6 Gen 2 is another headphone from B&O and it's another opulent-looking effort.

The looks wouldn't matter so much if the sound was sub-par, but thankfully it's not. Opting for a smooth, breezy sound, they're perfectly suited for listening at lower volumes.

They lack the rhythmic drive heard in some rivals, but these are a good combination of style, comfort and fine sound, and shouldn't be overlooked.

At first glance, the Helsinki looks less a wireless speaker and more like a fashion accessory.

With style to spare, the Helsinki doesn't just look good but sound good. For such a small speaker it can generate a surprising amount of force.

Even though it's not the most agile and trips up in terms of dynamic expression, Vifa has succeeded in making a stylish speaker with good sound.

Audiovector has made a name for itself in producing upgradeable speakers, but that's not the case with the QR3.

What you see is what you get, and what you get is an upfront, energetic and dynamic performance that produces an entertaining experience.

However, the QR3s only know one speed and aren't the most comfortable with subtlety. If that's not a problem then the QR3s come recommended.