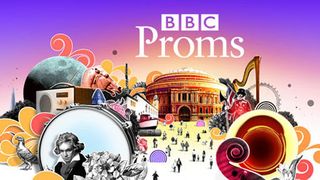 The BBC is to broadcast the Last Night of the Proms in 3D as part of its 'Summer of 3D'.

It will be shown in 3D on the BBC's HD channel on September 8th. Eight special cameras at the Royal Albert Hall in London will be set up to provide viewers with "a more immersive experience".

Key cameras will be positioned in front of the conductor, and a remote camera sited within the orchestra will rotate 180 degress, pan and tilt, giving a 3D view of every instrument.

A specialist team of stereographers will hand-craft individual frames and sequences to ensure that the 3D experience has maximum impact.

It's all part of a series of special events to be filmed in 3D this summer, including Wimbledon and the Olympics. Selected coverage of Wimbledon's 2012 Ladies' and Men's singles finals will be shown in 3D this weekend, with 3D cameras positioned alongside the courts.

And selected coverage of the Olympics, including the opening and closing ceremonies, the Men's 100m final and a highlights package at the end of each day will be shown in 3D too.

Away from the sport, an adaptation of BBC One's Award-winning Planet Dinosaur will be shown in 3D during August.

Kin Shillinglaw, Head of BBC 3D, says: "Bringing the Last Night of the Proms and Planet Dinosaur to audiences enables us to test the technology across various genres and establishe where 3D really enhances the viewers' experience."

The free-to-air broadcast of these events in 3D will be available to anyone with a 3D TV set and glasses on the BBC HD channel, regardless of which digital TV provider they use.